Thanks for all coming along to our Van Society Top Gear Class war Muscle event. We had a varied selection of cars to put to the test to find ‘Best in Class’.

Trashbag’s Gauntlet picked up some early points winning the vote for the best looking stock car before we jumped into a series of tests for handling, acceleration, top speed, braking and off road handling in our stock cars.

Once we finished testing we moved on to some racing but not before we pimped our rides, with Paulie picking up the points with his sexy Deviant.

The Ruiner mopped up on the night despite being penalised 100pts for such an awful paint job, well done to Mulder for picking the winning car. It could have been Marc with the winning car but he missed out on the Ruiner by 7 mins thanks to Stappen being a bit slow with PSN messenger. 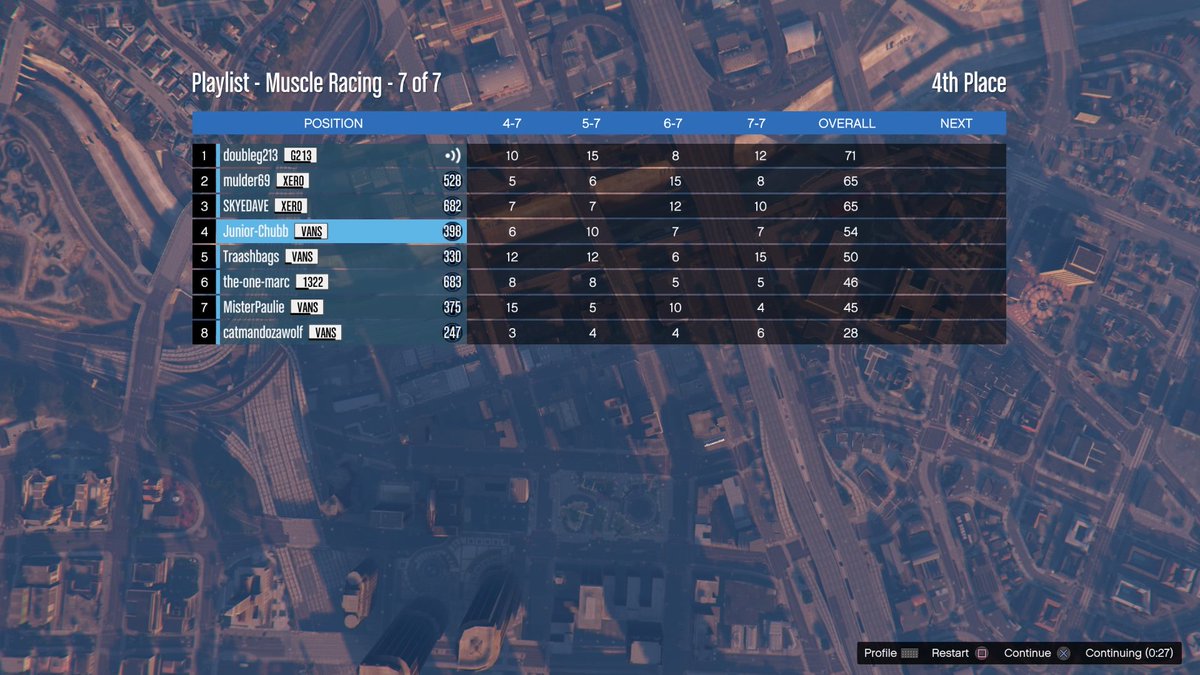 Thanks to all who turned out, was great to run a full on Top Gear again.

For those who spotted it, I omitted the Mile test from the result as it just almost mirrored the Top Speed test.

Where to find us